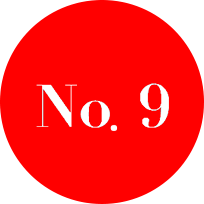 Welcome to Albion Lodge No.9, formerly Lodge No.5 on the Atholl Roll.

On behalf of the Worshipful Master, Past Masters, Wardens & Brethren of the Albion Lodge we extend to you both our fraternal greetings and our thanks for visiting our website.

In the Memorials of the Albion Lodge, published in the year 1908 and Lane’s Masonic Records, it is stated that No.5 on the Atholl Roll was constituted at The Plaisterers’ Arms, Little Gray’s Inn Lane, in London on the 17th July 1751, but this does not mean that this Lodge did not in fact exist before that date for it was on this same date (17th July 1751) that the Master of No.5 was present at the Turks Head Tavern, Greek Street, Soho together with brethren from Lodges 2,3,4 and 6 to assist in the formation of a Grand Committee. These as a Committee were authorised to grant dispen­sations and warrants and to act as Grand Master, no Grand Master being elected.

In 2017 the “United Grand Lodge of England” held celebrations to mark 300 years since the world’s first Grand Lodge was established, when four London Lodges met at the “Goose and Gridiron Tavern” in St. Paul’s Churchyard on the 24th June 1717. Lodges operating under the jurisdiction of this Grand Lodge later got dubbed the “Moderns”.

Albion Lodge is a founding Lodge of the Metropolitan Grand Lodge of London formed on 1st October 2003. Metropolitan and Provincial Grand Lodges and their subordinates now operate under the jurisdiction of the “United Grand Lodge of England” which, was formed in London on the 27th December 1813 by the Joining of two Grand Lodges known as the “Moderns” and the “Antients”.

To find out more about our Ancient Lodge and how No.5 became No.9 please browse our History.

If you are interested in learning more about Freemasonry in general or this the Albion Lodge No.9 in particular carry on browsing.

If you are interested in becoming a Freemason look at the following links. What is Freemasonry? Why Join? and How to Join?

If you are already a Freemason and maybe interested in becoming a joining member of this ancient and friendly Lodge and/or the Albion Chapter No.9 attached to it, or you would just like to attend one of our meetings please contact us, stating your name, rank, lodge name and number. Our Secretary will get back to you ASAP.

Freemasonry is a system of morality, veiled in allegory and illustrated by symbols

Freemasonry is about sharing a common desire for charitable support and following a high moral code. It is a male-only society, focused on following the three core principles and improving oneself and others. Our society is open to men of any race, religion, political belief and status.

One of the most common misconceptions about Freemasonry – and there are many of them – is that you have to be invited to join. There is absolutely no reason why you should not ask to join – in fact that is the correct procedure.

Below you can find information, related to our latest events and activities

To quickly get in contact with us with any questions or enquiries, please refer to the form below

We use cookies to ensure that we give you the best experience on our website. If you continue to use this site we will assume that you are happy with it.OkRead more